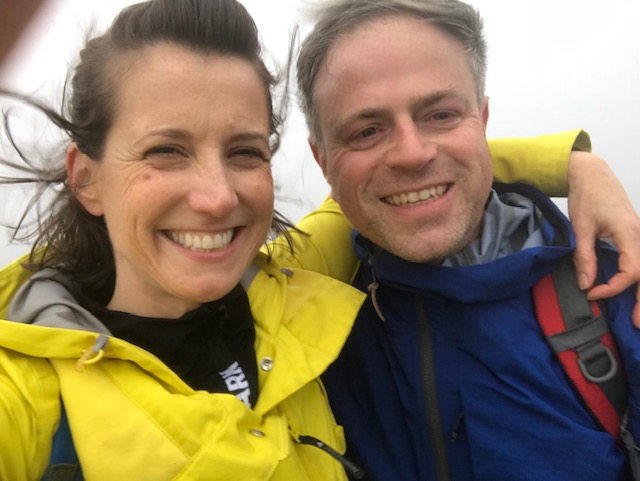 Kathleen is a Business Development Consultant with over 15 years’ experience. She works with organisations to help them win more business, increase profitability and identify strategies for growth and development.

As an advocate of old-school relationship building, Kathleen can regularly be seen chatting away with other Freshwalkers in the hills. Be sure to say hello if you see her or you can connect with Kathleen on LinkedIn here.

Tell us about your first Freshwalks.

My first Freshwalks was quite some time ago and they have all merged into one brilliant memory to be honest. I do recall being nervous, for about 15 minutes and then realising that this would be the most relaxed networking I’d ever done, plus I was too out of breath from walking up hills to think too much about being nervous.

How many have you attended up until now, May 2019?

I think it’s either 3 or 4, but the relationships made go well beyond that, so I feel like I’ve been on more than I have.

Whenever I think about what networking events to attend, it has to fall into one of two categories: either really useful networking opportunities, or really good fun. Freshwalks does both, plus I get some much-needed headspace and exercise. Without bigging it up too much, it really is good for the soul.

My bright yellow mac – keeps me dry and means there’s no way you could lose me!

Most of my Freshwalks memories are pretty funny and probably not for putting down in print, but if you buy me a drink next time I’m on a Freshwalks I might share one or two anecdotes.

Freshwalks has helped both directly, with new contracts, and indirectly through meeting a brilliant circle of people that I’m really pleased to know.

Recommend three people you have met on Freshwalks.

Carlos Olivera, Richard Gahagan and Gareth Burton. All have helped me in some way or other and all have contributed to the memories I’ve made with Freshwalks.

Everyone who is there wants to be there, regardless of whether there is a business outcome or not, it’s more than networking and better for it.

I don’t really go with a strategy for combining those things. It’s really just putting one foot in front of the other and having a natter, being open and being interested in other people. It feels very natural.