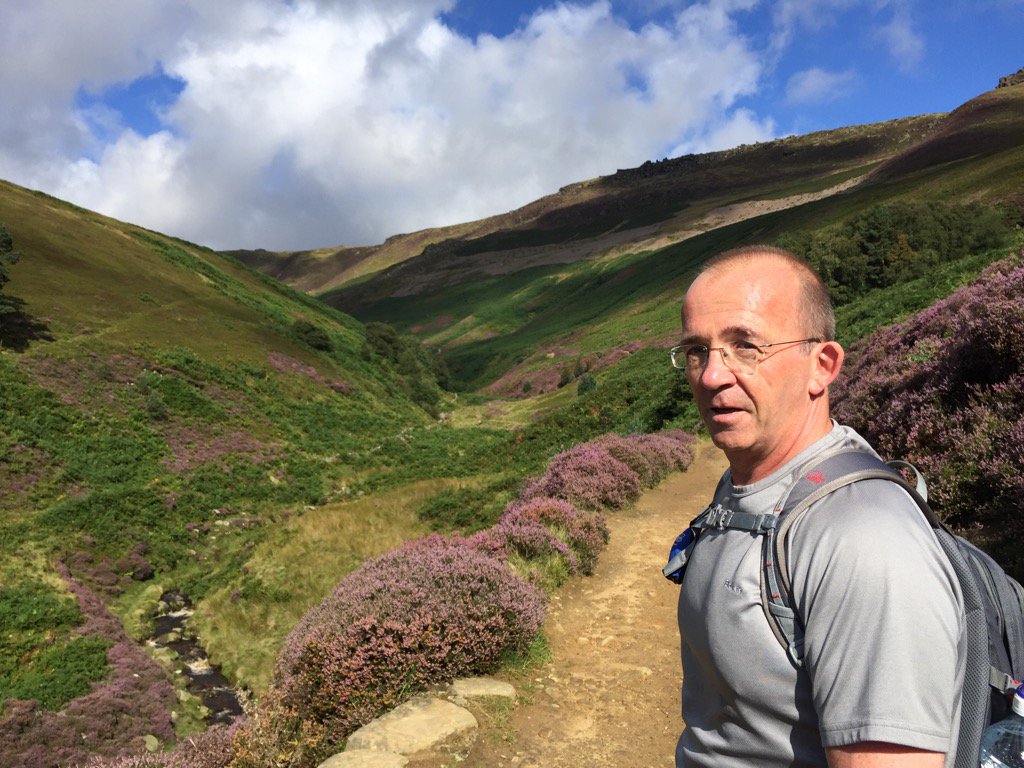 One of our most regular faces, John Shinnick epitomises the spirit of Freshwalks in every possible way. He asks for little but John is always the first to share and give plenty. That might be a well-considered opinion or insight, based on his wealth of experience or a well-timed joke or anecdote. He’s not half bad with a camera either. I’ll get straight to our Q&A now but you can find out more about John on his LinkedIn profile.

Tell us about your first Freshwalks?

It was the ill-fated, but well accomplished, August 2015 drowning when the almighty sent a torrent “ and we petty men (and women) walked beneath his huge legs and sought about to find ourselves dishonourable graves”. My boots gave up and Go Outdoors gained extra custom and I realised that Freshwalks “had me at ‘hello’”

How many have you attended?

It’s easier to work out how many I have missed. But even when I miss a Freshwalks day, I find a hill or dale somewhere.

Freshwalks has got me back into walking after too long a time away. Walking with this group has brought some great camaraderie and a chance to bounce thoughts and ideas around in a pretty non-judgemental setting. Well, I assume it’s not judgemental; when you are half way up Jacob’s Ladder, you may be making judgements but they remain unspoken. Oxygen is your priority.

Grindsbrook Clough. Just for the chance to play in a slightly hazardous kid’s climbing area. And it ends at the Nag’s Head – steak pie and a pint of Farmer’s Blonde.

The one thing you always bring?

Salt caramel and nut bars from Waitrose (dahling) – oh, and my camera!

Nadger-deep in snow last March. Pulling people out of drifts and then sliding down the last hill. That was mental, stupid and dangerous – well, for the first person, it was. For the rest of us – terrific! Am I allowed to say nadger before the watershed?

Has Freshwalks led to any business or opportunity?

Opportunity wears different coats (mainly waterproof and lined in our cases). I get piles of inspiration from the Freshwalkers and have taken business to them or recommended them because I know them better than half-remembering someone from a black-tie dinner.

Recommend three people you have met on Freshwalks?

Go to a footie match, half the people are into the football – the other half are wondering why they are there. Go to a dinner, you get to talk to two people until you have bored them to death and they wander off to sit with their buddies. Go Freshwalking and you have a common purpose. You get each other up that hill and across that bog and down the other side. On the way, you talk for a while, drift off and find yourself in another conversation or even continue a conversation that you started a couple of months ago.

The route decides for me. Edale to Glossop is half an hour catch up with people – an hour of silence except for the rasping tone of your own breathing – a couple of hours of that knowledge thing – a careful descent – and then a descent into observations on the day over pie, chips and beer. But the great thing is, if you feel like having a silent day, you can do it.