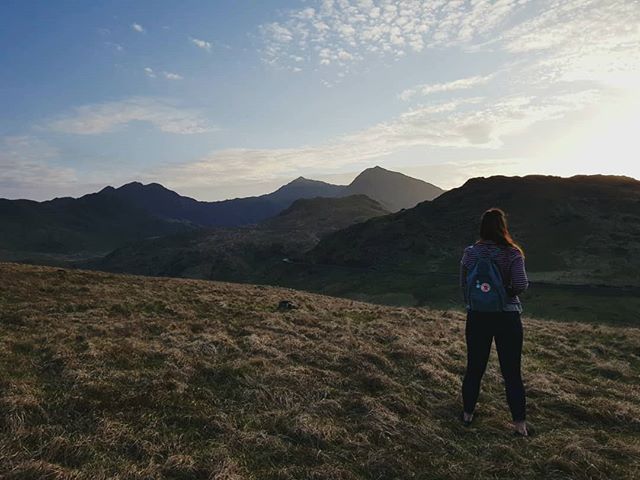 Jessica recently joined GC Angels, at the Growth Company, as an investment manager. With a non-technical background in tech businesses and an understanding of early stage finance, she wants to take the already working model to match up female founders with female finance in Manchester and make the city an aspirational focal point for women in business.

Jessica is also a Lord of the Rings mega-fan, avid reader and video game player. Not to mention, a crazy cat lady.

Tell us about your first Freshwalks?

I think Freshwalks was first mentioned to me through Studio North, the marketing and brand agency Michael is the co-founder of. I remember thinking it sounded like such a novel way to approach networking, something I didn’t necessarily see as easy to walk into (no pun intended, honest…), 2 years or so ago.

The business I worked for at the time talked so much about health and wellbeing and so I thought is there a better (or healthier) way to meet other North West business folks, or an even better setting?

Probably not. So off I went!

How many have you attended?

I have attended 3 (though my brain thinks it might be 4…) so far of the fuller day-long walks, though I definitely want to get onto the City Walks to learn more about the city I now call home.

I feel shy initially at all networking events – the imposter syndrome kicks in, and I start to question myself and my ‘right’ to be there. I doubt that will ever go away, but something about the fresh air, and the informal and relaxed setting Freshwalks provides helps it to dissipate quicker.

I also love the outdoors, but often lack the opportunity to get to the varying places and landscapes that FW covers, so I use it as an opportunity to walk a route I might never otherwise discover, and not worry about getting lost because Michael (mostly) seems to know where he is going!

So far I have done the Hathersage route, Glossop and as of last week, Marple. Hathersage has to be my favourite, not least because it finished in the Lido dip, playing on a giant inflatable, and probably the best pub fish and chips I’ve ever had! The Hathersage route shows the bleak and sprawling beauty of the Peak district in all its glory and if you so choose you can have an Elizabeth Bennet moment atop some rocks, staring out across the lands that abut Mr Darcy’s realm of Pemberley. I also enjoyed finding the crash wreckage of a WWII era plane – so unexpected, and errie!

Spare socks. It doesn’t matter the time of year, there are always puddles that even waterproof boots can’t seem to prevent from leaking into your socks. When we stop off for lunch or a rest, I can always facilitate a quick change!

Has to be meeting the wonderful Heather Gray for the first time on my first Freshwalk as we trekked across Glossop – we are still friends to this day, and I’ll never forget enthusing about Lord of the Rings and various nerdy stuff with her!

I’ve recently moved roles, so the reasons have changed. Originally, it was a way for me to meet others and process my situation, as well as networking to broaden my awareness and knowledge of what else was out there, and the different ways you could do business.

Now, it’s about meeting people who I may be able to give something back to – whether that’s in the form of advice, using my experience working in tech or as an investor in early stage businesses, or providing them with contacts to help them grow and raise finance.

Recommend three people you have met on Freshwalks?

Heather Gray, because she is my heroine and embodies the phrase “[S]he who dares, wins!”. Not technically a person I met on a Freshwalk, but I’m recommending Jim Farmery, because he threw himself into his first [Marple] with such gusto and enthusiasm, and the absolutely lovely Sara Downes, who is not only a neighbour and we didn’t know it, but really made an impression on me for taking a risk and moving up North from London, negotiating her position as a Northern branch essentially and championing her company solo!

In every way possible, really. It’s not about standing around awkwardly, worrying about your suit, or if you can balance a coffee awkwardly in your hands as your swap business cards.

It’s about meeting people who form the get go, are clearly likeminded, and want to do things differently and challenge the norm. They are seeking a better way of doing things; they are not there to ‘do business’ or sell to you. It’s just normal to ask, ‘hey, what do you do?’ because we are all in different stages of career, and markets, and are just genuinely interested and will help out where we can.

It was when I was in Marple, struggling up a sharp incline with Cath Brown, that we both had to pause chatting as we were huffing and puffing a bit!! The same thing happened to me and Chelsea Mayer!! You certainly get thinking time organically as it’s tough to get your words out!!

Hm, good question. I had a right good chat with Michael about some of the exciting things coming up, so I feel it’s probably already been thought of whatever I suggest! It’s more that there are walks that I would like to do that I missed (Delamere/Edale).

It’d be cool to do a coastal walk, I’d take anywhere really!