I have to say I have become more than a little fond of Freshwalks and barely missed any last year. It is for me the perfect combination:  lovely, humble people getting together in some spectacular settings where natural conversation rather than networking small talk drives genuine connections. It is also a chance to get away from the 9-5, and however much we love our 9-5 we should not underestimate how important a change of pace can be.

Sadly, the next few months will see me struggle to make my beloved Freshwalks, so I was delighted when Freshwalks City was unveiled and I made it along for the first time to the Ancoats walk.

As a non-Mancunian working in the city the history element to this event was extremely insightful to me.  I had no idea that Ancoats was one of the first suburbs anywhere in the world, and was previously home to both large numbers of sheep and Italians (who in turn made ice cream in the area).

At Angel Meadow, once home to meadows owned by The Angel pub (hence the name), it was revealed that the area was home to paupers’ graves and a ragged school; how the area has changed both pre and post industrial revolution. 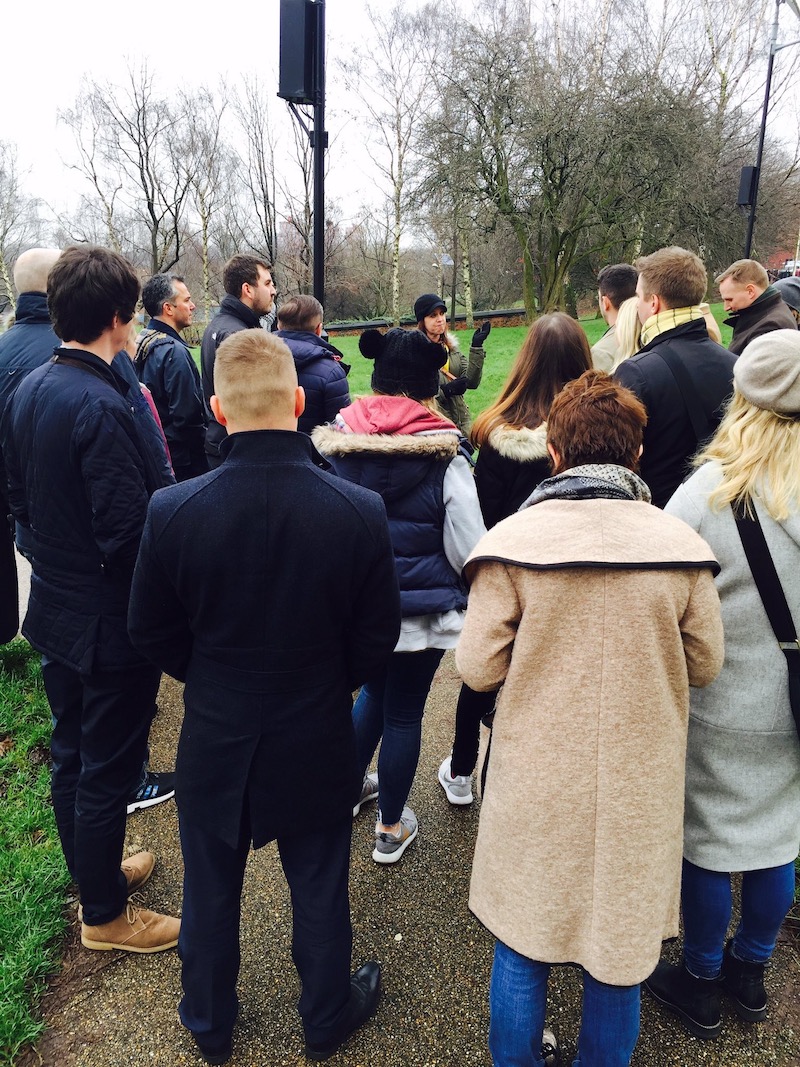 We walked on to Anita Street, which used to be called Sanitary Street (not so catchy is it!?), built as former homes for cotton factory workers and finally along Murray Street, where the cotton mills were constructed in the anticipation of the canal that would help ship their goods around the world.

Whilst Freshwalks City obviously does not cover anywhere near the distance that the ones in “them there hills” does, the group move at pace and still cover a fairly decent amount of ground between the various points of interest. Once the 45 minute tour was complete we got to enjoy Ancoats Coffee shop which, if you have not yet got over to, I can recommend you do so. Hot coffee, chunky sandwiches and hearty soup were a perfect way to warm up from the fresh January air.

The mix of people remains strong (and the quality high) and all seemed to learn something about this great city in which we work.  There is something magical about fresh air coupled with knowledge and great conversation.

Over the last 12 months I have felt very blessed to have become part of the Freshwalks community. I have regularly encouraged others to try it (even if they don’t see walking as “their thing”) and Freshwalks City for me will open up the concept to others who perhaps simply cannot spare a day to enjoy the glories of the Peak District.

So book on. I guarantee you it will not disappoint.