The first Freshwalks of 2016 and potentially the freshest to date, scanning the weather forecast in the week prior. Yikes. For the first time, I reluctantly switched the route with 48 hours to go as Kinder Scout threatened to present blizzard like conditions and temperatures to concern even hardcore walkers.

The Edale to Glossop hike via Kinder Low is a classic Pennine yomp but provides no real escape (aside from Hayfield) once en-route and ideally I required something with the ability to flex our approach across the day.

Come Friday morning, 22 hardy souls lined up for my Edale circular as we set off nearly half an hour later than planned as traffic took a grip of South Manchester and Cheshire roads. However, spirits were high and the clear blue skies a pleasant surprise given how low expectations had been earlier in the week. 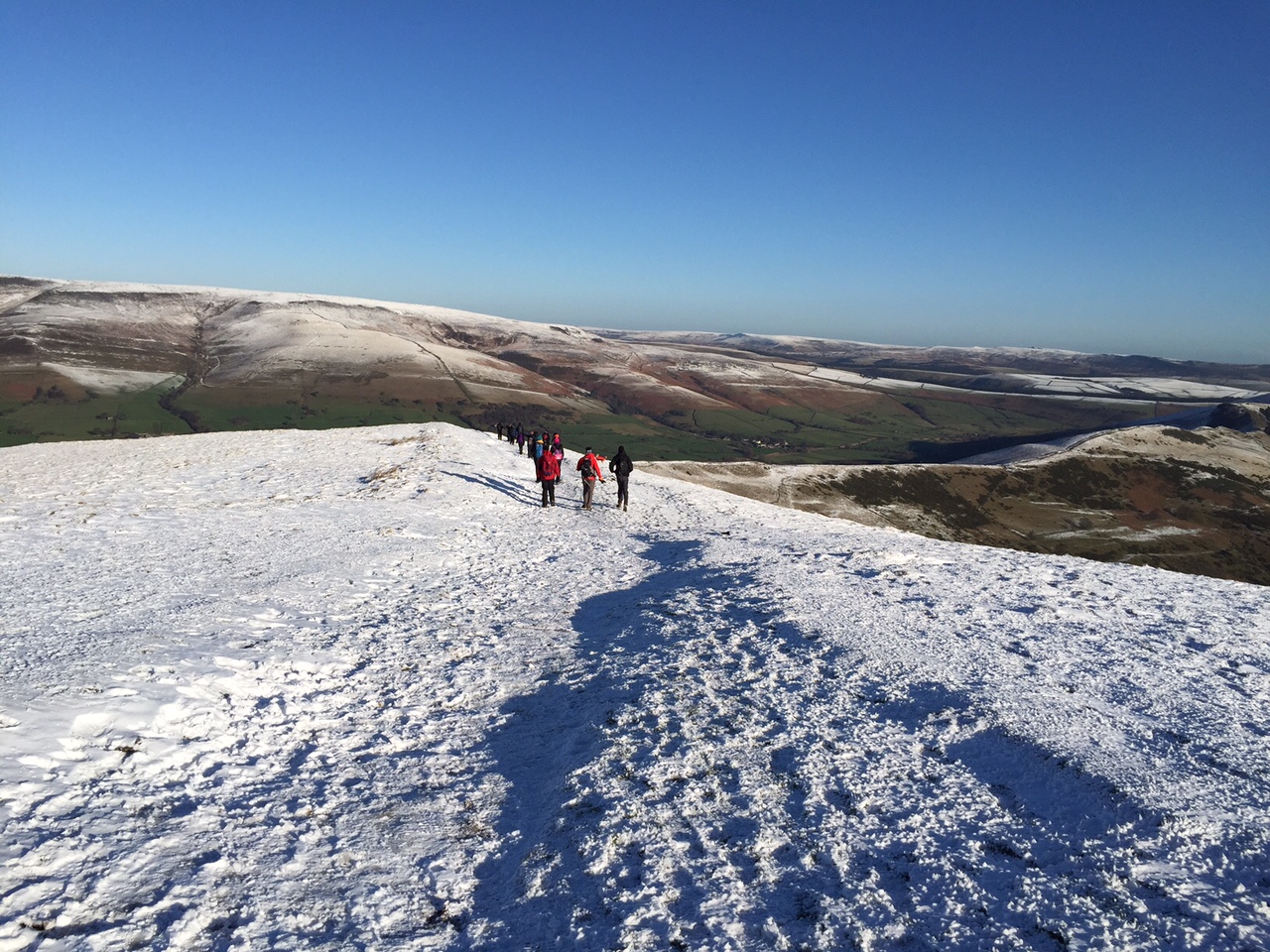 It’s always a pleasure to welcome so many familiar faces as well as new ones on each chapter of the Freshwalks story. Typically this ratio stands around 50/50 and it works a treat.

Peter Cobley (Found Us and co-founder of SASCon), Jonathan Danby (Perception Chocolates) and Georgina Cullen (Take Me Somewhere Nice) also made their Freshwalks debuts and looked excited about the day ahead.

Back to the route. No point in messing about so given the clear skies above we made the first target of the day, the biggest. Mam Tor might only stand at 517m but it exudes the magnificence of a peak much higher, imperiously towering over the Edale valley. We trudged through increasingly thick and powdery snow up Mam Tor’s slopes, lapping up the glorious views and blue skies above. Almost distracted by plummeting temperatures, we very quickly reached the icy path leading to the summit. Every other minute someone within the group would lose footing but by sheer luck and with some highly tentative plodding of feet, no real damage was done. I’d probably identified Nicola Stelfox (Better Placed) as ‘most at risk’ at this stage but Petrina Higgins (Kino AV) came to a swift rescue, temporarily lending a walking pole for this tricky stretch. At the summit, the wind chill tore into us at pace, reducing temperatures significantly as most Freshwalkers bravely removed gloves to take a few snaps. 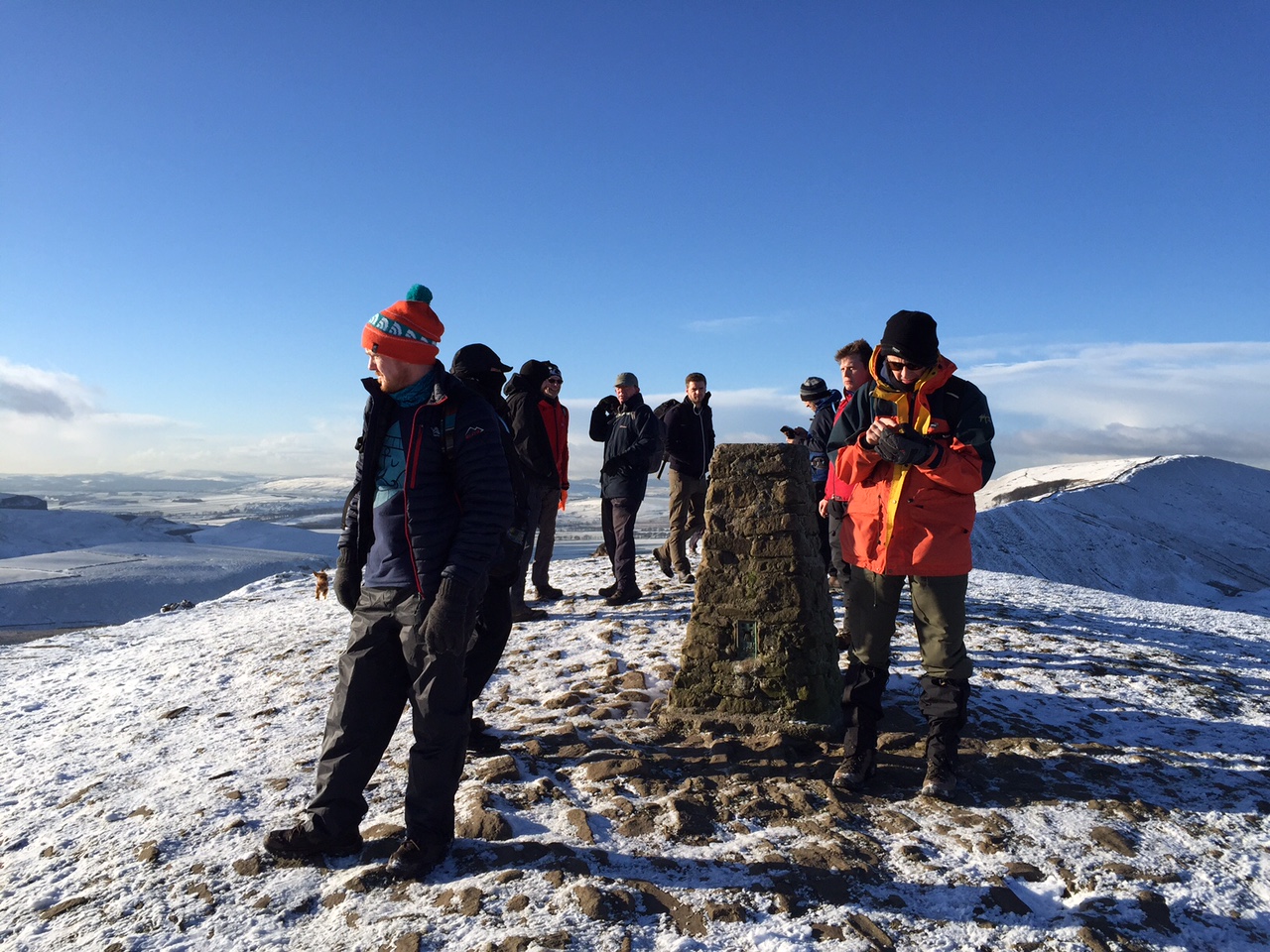 Not being a day to hang about too long, it was onwards and downwards, if only slightly, along this highly exposed ridge to our next checkpoint at Hollins Cross. Torsos were taking a continual windy beating and with most of the troops having been on their backside at some point, we then felt it wise to drop off the ridge slightly and skip past Back Tor and Lose Hill rather than aim for their respective summits. It took little away from the views we’d enjoyed and as we slipped and slid close to the village of Hope, it increasingly looked like a smart move. All of a sudden, the landscape ahead of us changed from an Alpine to a farmland feel (with smells to boot) as we sought a suitable lunch spot. A little later than planned for, we found a patch, hardly ideal, but thankfully outside the claws of manure stench emanating from the nearby farms.

This was possibly the only tactical error of the day as a steady fifteen-minute climb immediately followed lunch. This stomach-punishing phase was soon rewarded as we levelled off, avoided the temptation of scaling the entirety of Win Hill and instead entered an enchanting forest; the plan being to work our way out to Ladybower Reservoir.

An hour or so of undulating, if not strenuous, walking ensued as we hugged the reservoir and then headed back through the now darkening forest. The final section of the day was a blister-producing, soul-sapping, thirst-provoking 3km march down Edale Rd back to our starting point. The wind started to bite that touch harder and with sleet pounding down, the group spread out for the first time of the day as the route became predictable and pub warmth loomed large for those at the head of proceedings. In the distance, snow clouds enveloped Kinder in the distance to give us a reminder of what might have been, had we stuck resolutely to the original plan. 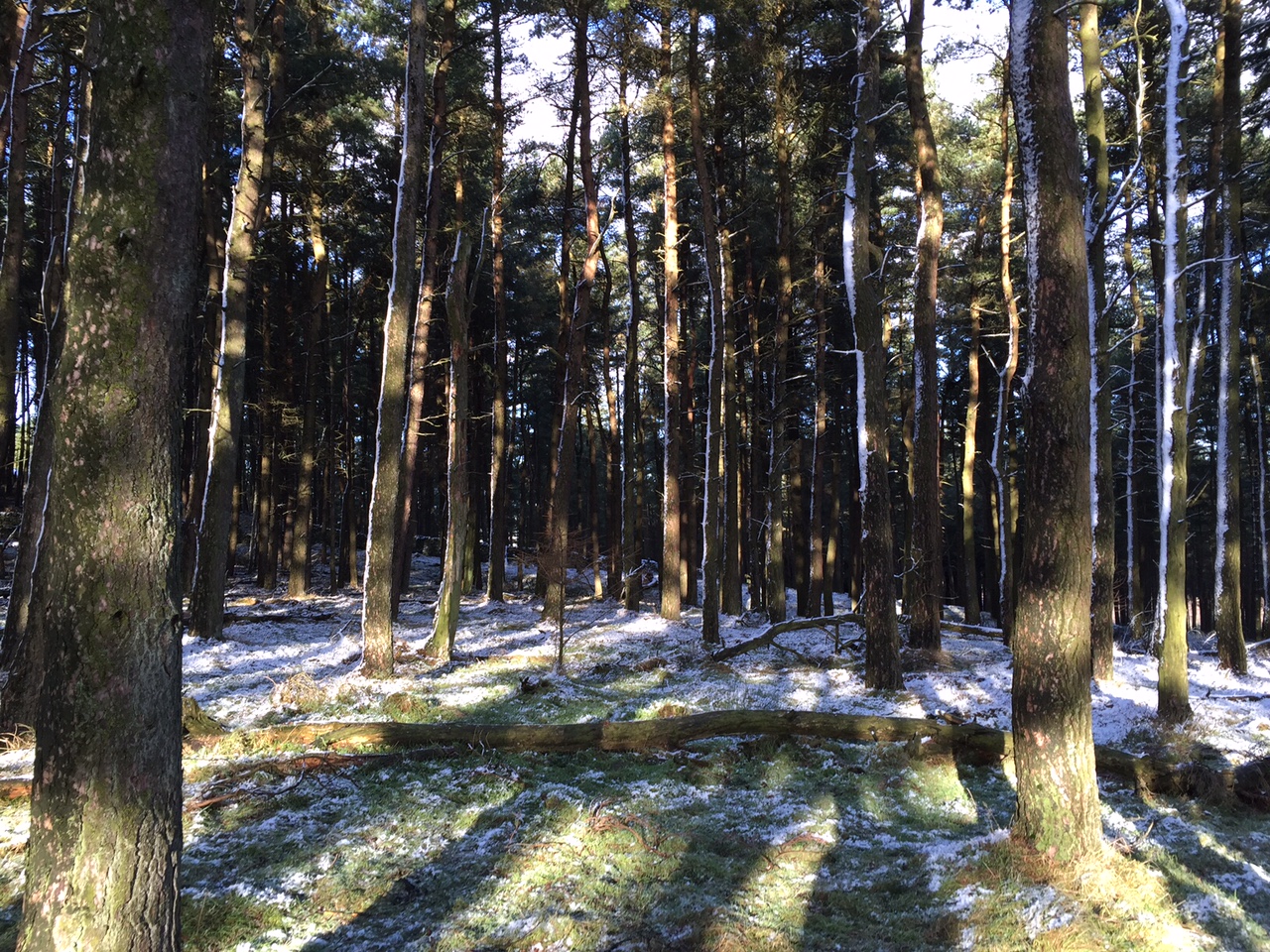 Back in the Rambler Inn, we managed to command the backroom and food orders were quickly out on tables as fine ales flowed from the pumps. It was never going to be a massive drinking session given the severity of the day, the remote location of Edale and obvious potential for missing last trains. Consequently, most of the crew headed back to Manchester Piccadilly for 6.30pm and hot baths or showers all round I imagine.

A splendid day due to a relative stroke of luck with the weather and another bloody lovely bunch of Freshwalkers. The route proved a huge success and as tough a workout as any other we’ve done.

Freshwalks is back on Friday 26 February when we’ll try Edale to Glossop again. Everyone is welcome on our walks -you simply need the right equipment, some level of fitness and a generous dose of human spirit. See you then. 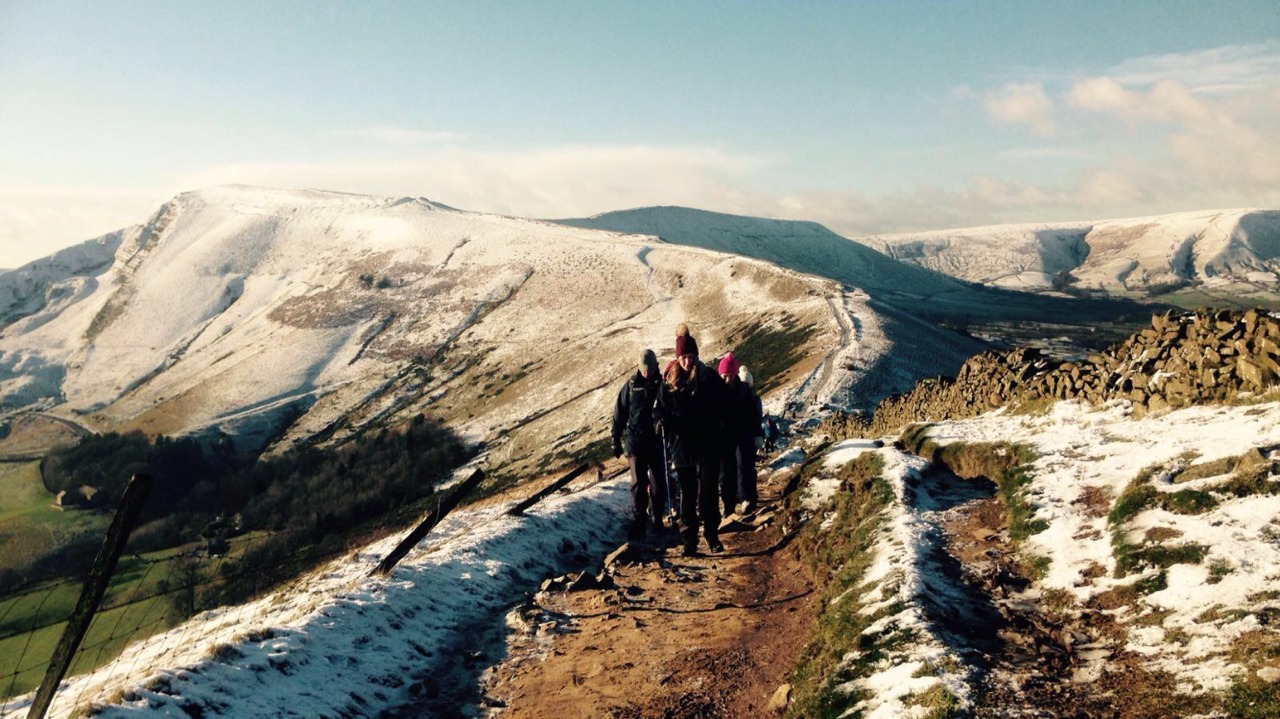 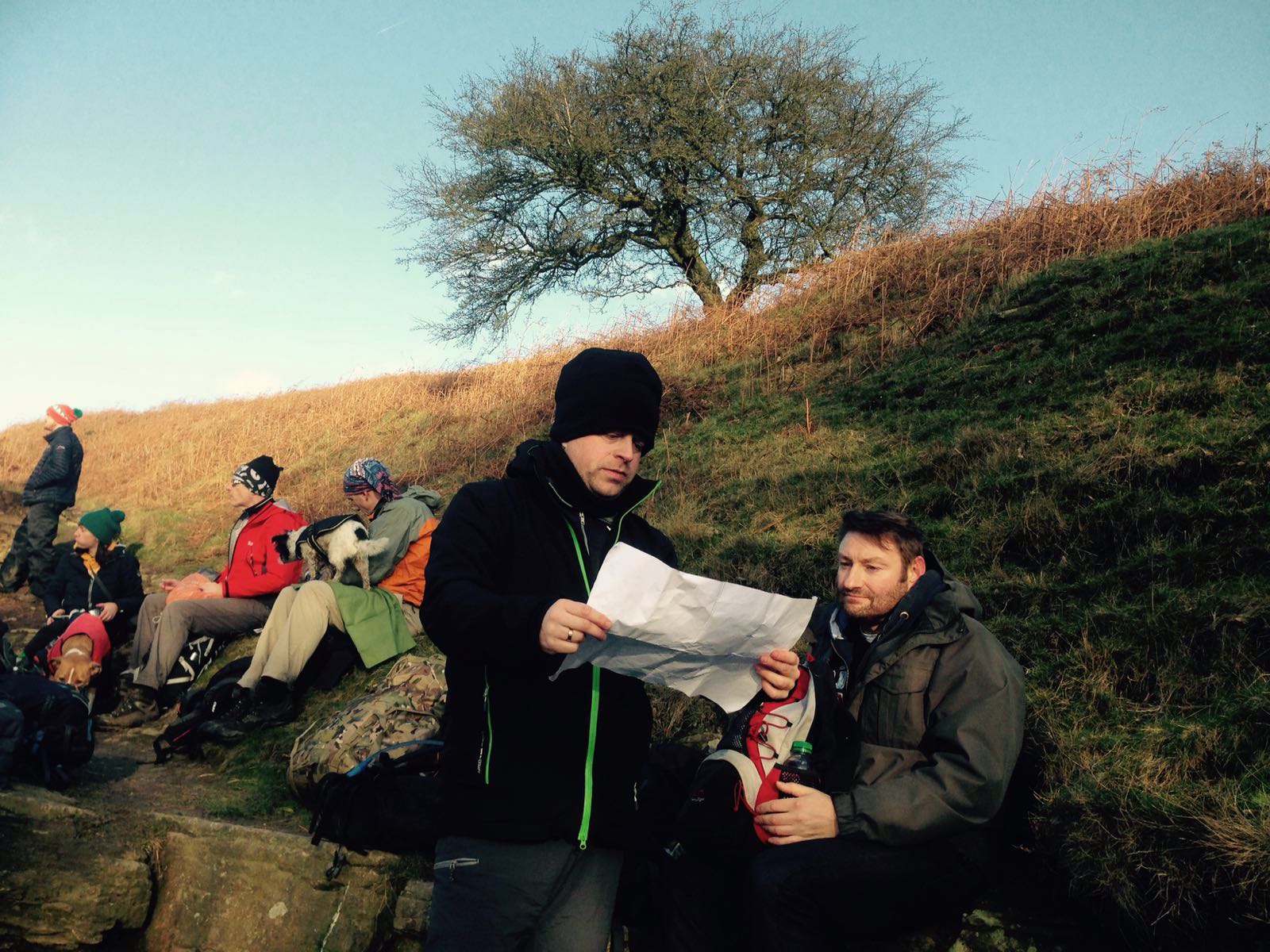 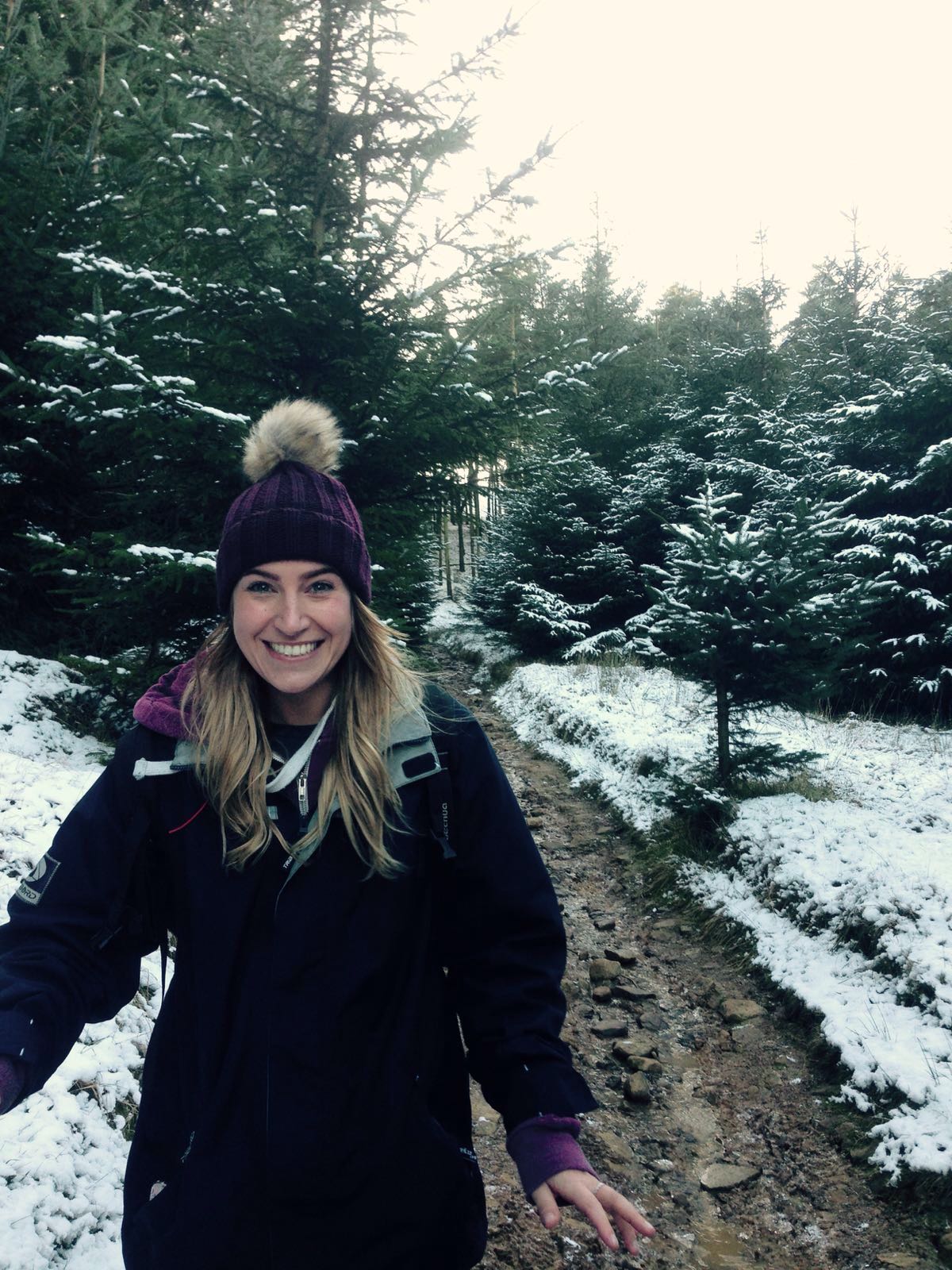 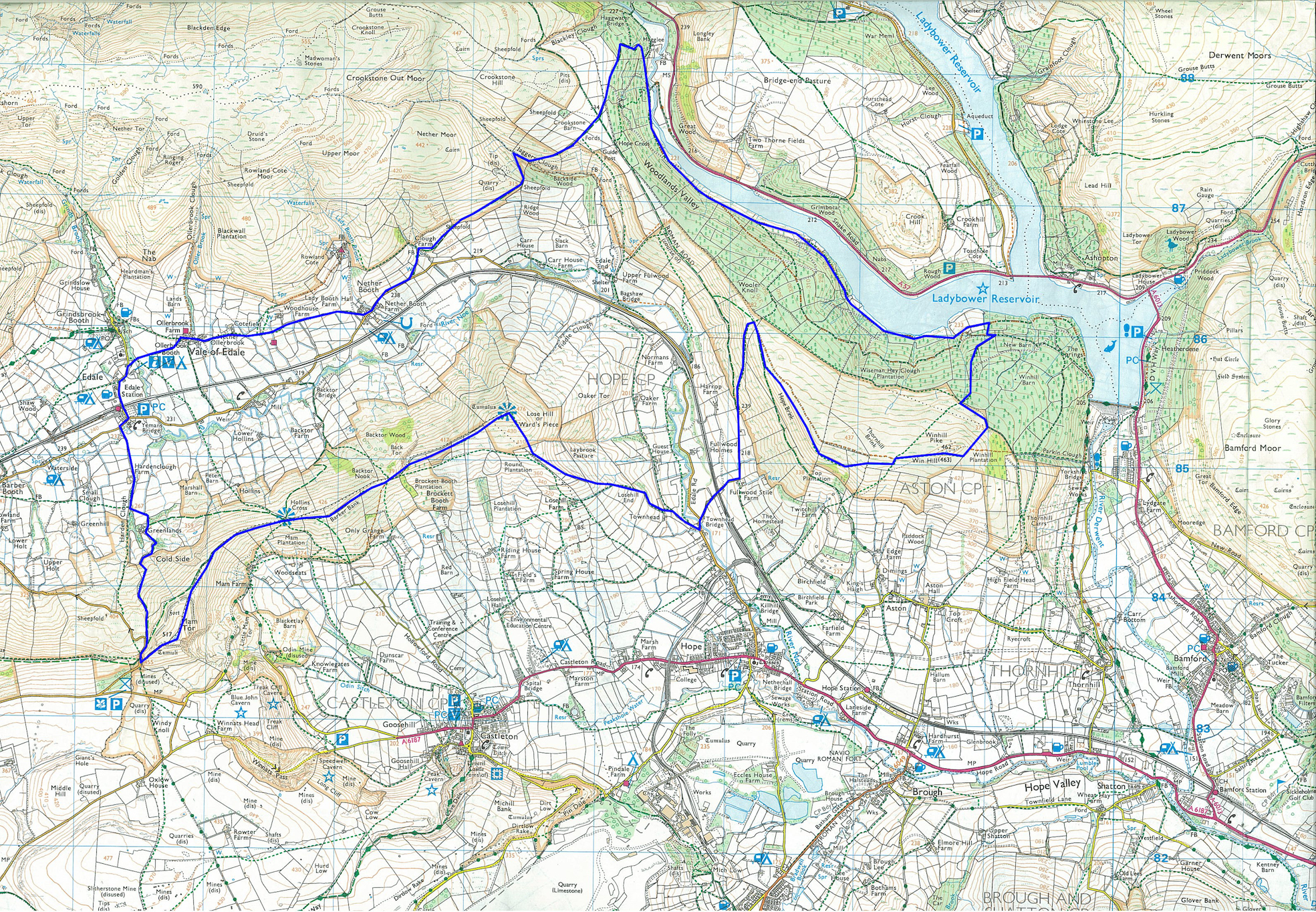