With a background context of the EU referendum result, it seemed a perfect morning to escape the distinctly sombre mood at Manchester Piccadilly train station and head for the hills beyond Glossop.

It had been over a month since our last walk, creating a real itch for the outdoors – evidenced by a fantastic turnout of 35 freshwalkers, nearly half making their debut.

Our planned route to the intimidating stomping ground of Bleaklow always stirs a degree of nervousness about wayfinding. That said, I don’t think we expected to take a public footpath into someone’s back garden within 5 minutes of leaving Glossop train station. Some red faces and backing up single file later, we managed to get ourselves on the right path out of town, courtesy of local lad, Richard Ingham.

Also helping to lead from the front was Freshwalks stalwart, Jamie Helmer and Mike Potts who is part of the local Kinder Mountain Rescue team. It’s always reassuring to have such a pair of hands within the group.

Other by now familiar faces included Darren Smith, Roger Longden, Andy Fleet and Chris Xavier. We weren’t without a few of the ladies too. Sue McCarthy, Catherine Brown and Jessica Lingard all returning female freshwalkers. 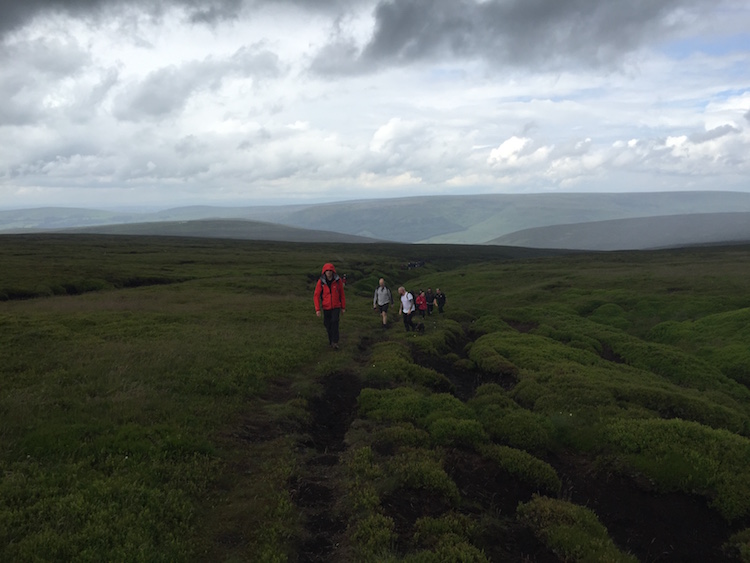 After winding our way around Blackshaw farm, the gradual ascent towards our eventual goal of Bleaklow Head began in earnest. This north-easterly outbound route lacks the severity of Lightside but is still wholly capable of sapping energy from the fittest of legs. After a brief chat with a grumbling farmer – most likely our sheer numbers – we picked up a track onto Glossop Low. Less than half an hour from our starting point and yet already suitably detached from civilisation. Spirits were high and so far, the weather being kind enough.

Heading due north through knee-deep heathers, we picked up a path running along the dramatic Clough Edge before joining the Pennine Way. The sound of waterfalls along this steep valley is always a sheer delight as the heavens gently sprayed us for the first time and temperatures dropped. Chelsea Maher, Tony Hill and Stevyn Monaghan hardly flinched as they stretched their legs and surged to the front of the group after a quick lunch-break. The Pennine Way was becoming less recognisable as we drifted south east across Shelf Moss towards a now visible target of the Wain Stones (also known as the Kissing Stones). Yards away – slightly east – lies a pile of rubble to indicate Bleaklow Head, at 633m the second highest point of the Peak District. The flat landscape here doesn’t afford the quality of views elsewhere in the Peaks but it’s no less a sense of achievement as we posed for a team photo to celebrate. John Shinnick knows how to organise a group and captured the moment. 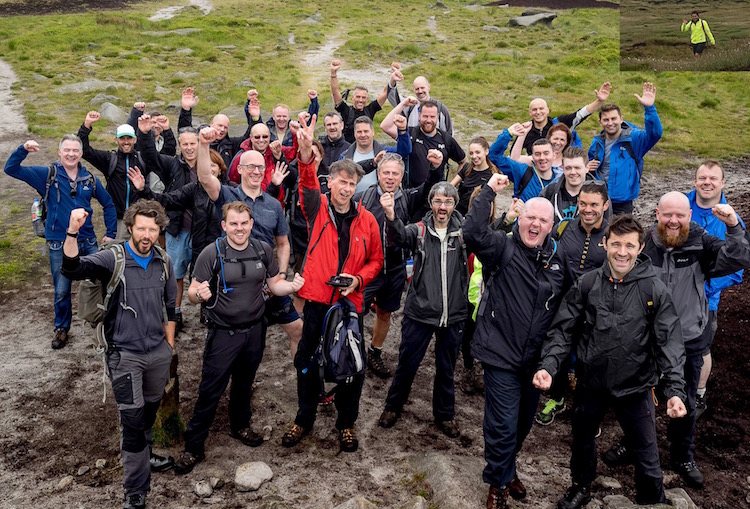 We then skipped across some testing, boggy terrain towards Hern Stones, at which point, Mike had to put his rescue skills to good use and escort one unfortunate lad straight back to Glossop after a calf injury. Fair play to Chris Marsden as he hobbled back to the Wheatsheaf only about half an hour later than the rest of the group via Yellowslacks brook and Lightside.

The rock formations of the Hern Stones provide a useful visual reference point en-route to Higher Shelf Stones, where close by lies the wreckage of the B29 Superbomber, Overexposed which crashed there in 1949 killing 13 people. For most of the group it was the first time they had seen this continually awe-inspiring crash site. The views off Higher Shelf Stones are the best of the day and the cross winds from the valley exhilaratingly refreshing. With the clock pushing past 2.30pm, we cut short the planned hike down Doctor’s Gate and took quite a direct route back to Old Glossop. In other words, people were ready for the pub. Dropping off the steep slopes of Lower Shelf Stones, before a straightforward path back past Mossy Lea Farm. 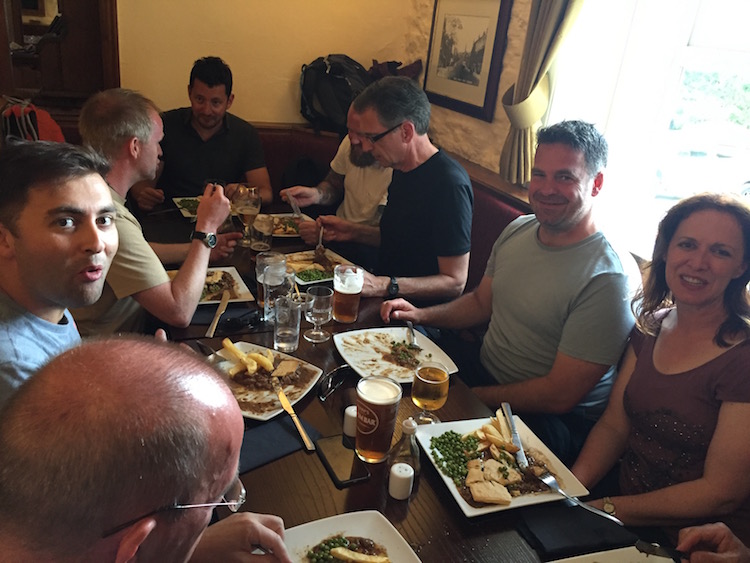 Back in the Wheatsheaf, there was a cracking atmosphere and an almost endless supply of steak and ale pies being brought out from the kitchen. The final group of drinkers being myself, Duncan McVey, Duncan Drasdo, Steve Hughes and Steve McNamee headed back to the station sometime after 9pm. Well-exercised, well-fed and well-oiled.

Another terrific day made possible by the glorious moors and a wonderfully interesting bunch of walkers. If you like the sound of Freshwalks and want to join a future walk, please email Michael@freshwalks.co.uk to be added to the invite database.