A Retreat from the Present, a Step into his Past.

I’d love to claim that my bond with the hills, dales and mountains of England is in my blood. That I could climb rock faces and that I learnt of daring tales of Himalayan expeditions on my mother’s knee. And that Chris Bonnington, Don Whillans and Ian Clough were as familiar names around our lives as George Best, Jimmy Armfield and Bobby Charlton. I’d like to be able to say that I was raised on Kendal Mint Cake, born with a Karrimor rucksack on my back and a pair of stout walking boots to guide those few tentative steps.

All of that is true, by the way. Before she had me at the age of 22, my mum was a climber, hitching to Scotland, proper hardcore, hanging with Whillans and that crowd, dossing down in a tenement in the Gorbals before heading out to Glencoe in the morning. Her dearest friends were Ian and Nikki Clough, absolute legends of the climbing world. We wear the brand of Patagonia on our packs and coats, that logo with the distinctive peaks of Cordillera Del Paine in bleakest southern Chile. Their expedition conquered the central tower of Paine in 1963. To get there they stowed away on container ships and hitched a ride on a military aircraft. Nikki climbed the Matterhorn, the first woman to do so. Ian died on Annapurna in 1970. Like I said, legends.

I probably managed more outdoor yomps than most kids, but I never tried to climb anything more challenging than a tree. Weekends were spent scrambling around Littledale and Baines Crag, which we called The Rocky Place (top). I went Youth Hostelling with my primary school, hiking with the Scouts and even went up Borrowdale with the serious walkers in my secondary school.

And yet serious walking and hiking never quite fully formed in me either. Music, football and friends took hold. True, for my 21st birthday, me and the mother got our boots on and conquered Dow Crag, which is laughable when you think of what she was capable of and could have done. I did a bit of exploring in Australia and climbed Uluru, which I probably shouldn’t have done. But I then went for years without doing something that clearly made me very happy whenever I did it. It always gave me a sense of achievement and helped me refocus. I realise now what I was missing all that time.

Over the last ten years, as a family, we’ve strapped on our boots and hit the hills. We’ve bagged the best that the Lake District has to offer, even getting lost attempting Haystacks, Wainwright’s favourite, only to discover we were in fact on the top of Grey Knott. But they’ve had enough of that lark, except for the middle son who has taken it to extremes. 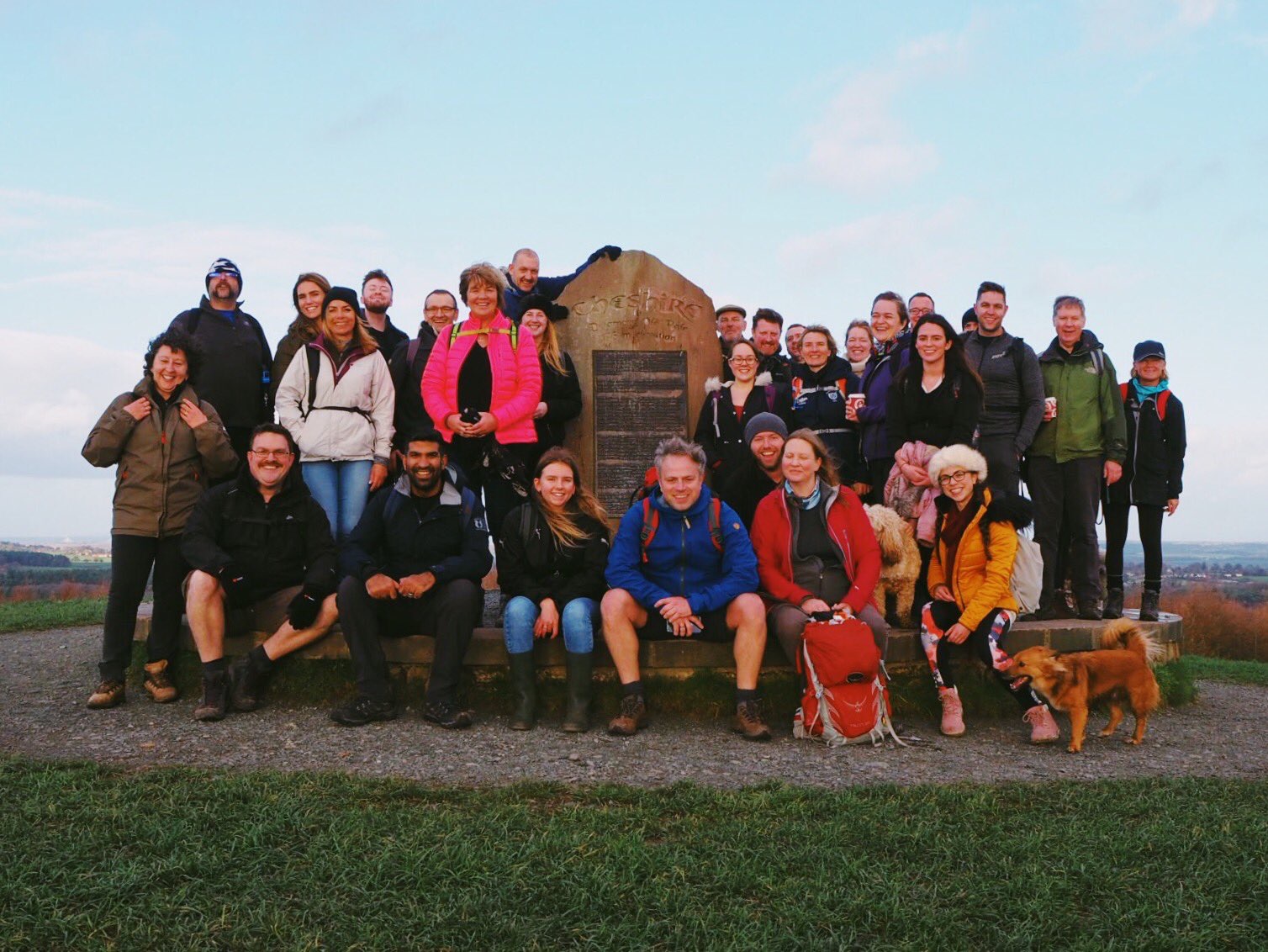 It’s the Peaks that now draw me closer. And other undiscovered gems around the North West, like Delamere and the coastal walks. That step into nature, away from everything that my city and suburban life isn’t. A retreat from the present and yet a step into my past. Yes, I think I’ve got back in touch with who I should have been. I like the community of Freshwalks, a responsible adult guiding our route and actually understanding maps. I love that it has done all of this for me. It has pushed us to be better, to go further and not only to explore the outdoors and appreciate the natural beauty of the North of England, but to smell it, touch it and respect the challenge it can give us.